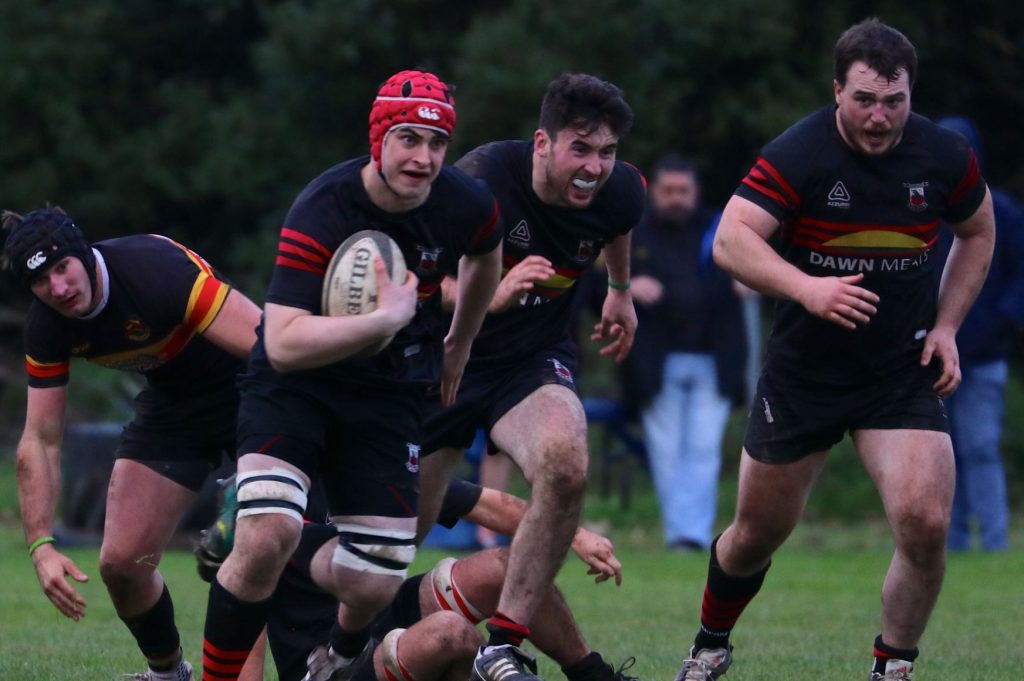 Waterpark travelled to play Old Christians knowing that a win would boost their chances of keeping their top four spot alive.
Park opened the scoring with a penalty by Outhalf Willie Walsh after seven minutes. 0-3 to Park.  From the restart Old Christians kicked for the corner and from the ensuing line out a driving maul took them over the Park line for Hooker, Hartnett, to get the touchdown. 5-3 to Christians. Park secured a penalty from the dropout and Walsh split the posts for the three points and put his side 5-6 ahead. On twenty seven minutes Park Flanker, Conor Horan, secured a turnover at the breakdown inside the Christians twentytwo and a few phases later Parks Paul Cotter crossed for Parks first try and with Walsh adding the extras it stood at 5-13 to Park. On the half hour mark a Christians player was banished to the Bin and Park opted to take a scrum and a lovely break by Number eight, Alex Deegan up the short side saw Horan in support to drive over for the try. 5-18 to the visitors. For the remainder of the half Park survived heavy pressure from the Cork outfit, but they stood firm to leave the halftime score at 5-18 to Park.
After the break Park were under the cosh again but this time they made the pressure count and within fifteen minutes had registered three tries through their centre, Clarke, the Number eight Purcell and Lock, Kiely and with Out half Laszio Rabatin successful with the three conversions they had taken the lead and opened up a gap of eight points at 26-18.
The restart from Park fell short of the ten metre line but fortunately for Park it was played by a Christians player who spilled the ball forward straight into Centre, Paddy Kiersey’s hands and an absolutely brilliant run saw him cross in the corner  for a wonderful try leaving several would be tacklers in his wake. 26-23. to Christians. On twenty six minutes, Park substitute, Colm Power, engineered a turnover ball on the Christians ten metre line and sprinted clear for the try which Walsh converted and Park back in front at 26 – 30 a lead they defended manfully until the shrill of the final whistle brought the curtain down on another magnificent display by this young side. It would be very hard to single out anyone player as man of the match, but suffice to say there were twenty three candidates. Link to pictures on Facebook
Next weekend there is a top of the table clash against Bandon in Ballinakill on Sunday at 2.30 pm. Mark it down in your diary……. You can’t beat LIVE RUGBY !!!!!.
Munster Women’s D2
————————————————
Waterpark RFC 38 v 22 Bantry Bay RFC
———————————————————————- 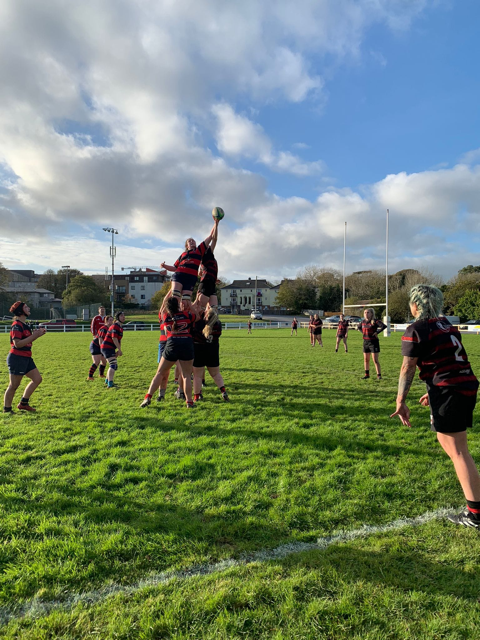